Origins of the Museum

“I’m glad to hear that you managed to save several war relics. […] As soon as the chests arrive, carefully we will have them collected, and we already arranged to put everything in the little bedroom at the back, now cleared of the bed. Whatever you want to send, also by your comrades, send it indeed.” “He arrived on Tuesday towards the evening, after reading in your last letter that you were sending the lorry, as [we] were still in S. Potito […] but the lorries, as I said, arrived late; we were warned at six thirty and it was already pitch dark. […] In the morning around 9 Dad went to town, and a good part had already been unloaded; he told me that a lot was put in the large room at the front and the rest under cover and all well sheltered, as you wish. The engines, he tells me, are very heavy. ” 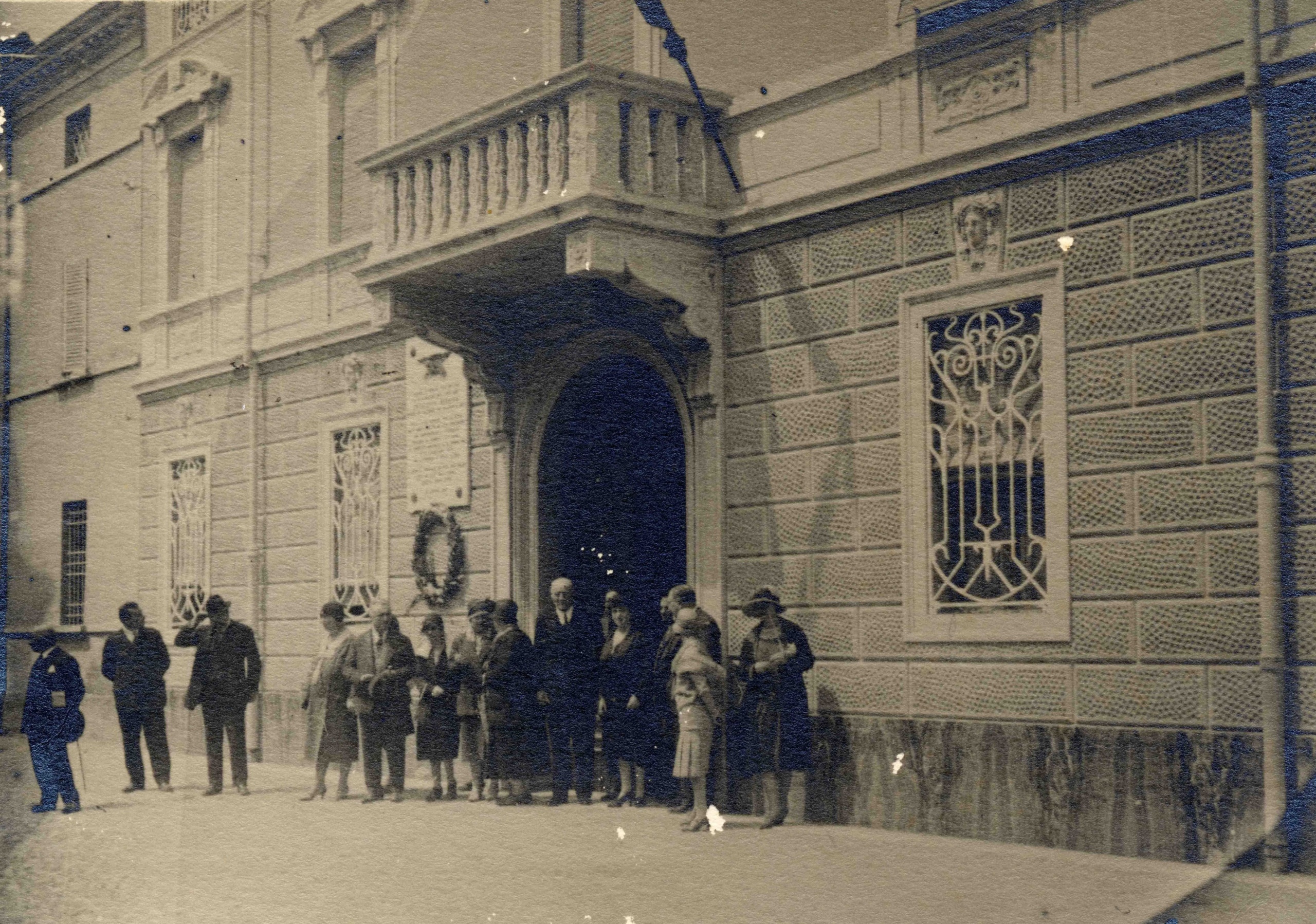 These few lines, taken from two letters written by Paolina in November 1917, explain the origin of the collection of memorabilia that was not born after Francesco Baracca’s death with celebratory intentions, but had already begun on his initiative when he was still alive. It should be considered exceptional the transport of so much material by two lorries at a time of extreme difficulties, as well as crowded and clogged communication routes following the retreat from Caporetto. Many of these exhibits, belonging to the downed aircraft, had been chosen by Baracca as a demonstration of the latest technologies applied to aircraft instrumentation and armaments.

The memorabilia, first exhibited in Lugo inside the Farmacia Rossi in October 1918, were then initially housed in the main hall of Palazzo Trisi. In 1920 the collection was expanded thanks to a donation from the Presidio Militare di Bologna (Bologna Military Garrison), which included helmets, rifles, machine guns and other material used in trench warfare by the opposing army. Many interesting pieces of Austro-Hungarian manufacture constitute today true rarities in the Italian and European museum landscape.

In 1923 began the search of a more suitable venue for the exhibition of memorabilia. At first the Sala degli Orfani in Via Vittorio Emanuele was proposed, then the choice fell on a room in the Rocca Estense, located in the tower at the side of the entrance gate.

On the 3rd of October 1924 the Municipality Council of Lugo determined the establishment of the Francesco Baracca Museum, inaugurated on the 16th of June 1926 in the presence of Crown Prince Umberto di Savoia. The museum’s collections were later enriched by the donation made by the Baracca family in 1951, including decorations and diplomas, personal correspondence, some uniforms and various objects.

The Museum was housed until 1990 in the Rocca Estense, in a room featuring Renaissance-inspired decorative frescoes, realised by artist Lucio Benini from Lugo, and overlooking the entrance vault. Already since its creation, it had as its central element the SPAD VII S2489, an original example belonging to the 91a Squadriglia Caccia (91st Fighter Squadron) where Baracca commanded and served between the end of 1917 and the beginning of 1918. Built in 1917 by the French company Societé Pour l’Aviation et ses Derivés in its factories in Blèriot, the biplane was donated to the Municipality of Lugo when the Centocelle airfield (Rome) was entitled to Francesco Baracca on the 21st of April 1919. In the Museum’s first location, the plane hung from the ceiling. It underwent two restoration works, the first one in the 1960s by Air Force technicians, the second one in 1990 by the Turin section of the group Amici Velivoli Storici (Friends of Historical Aircraft).

In 1993 the Museum was moved to the Ace’s birth house, finally fulfilling the last will of Baracca’s father, Count Enrico. From June 1993 to April 1999, the Museum hosted a first section, limited to the ground floor, with the SPAD and some memorabilia. In 1997, a FIAT G-91Y aircraft belonging to the 8o Stormo (8th Wing) operating at the Cervia – Pisignano military airport was donated to the Museum. In April 2014, the building underwent anti-seismic consolidation works for about a year, causing some memorabilia to be temporarily moved to the Sala Baracca, the Museum’s first location. At the reopening, a special flight simulator was installed, realized in the framework of the ALISTO project (Ali nella storia – Wings over history) a three-year cross-border project that carried out synergies between historical research and software development. The simulator, available for visitors, recreates the historical landscape by mapping, on a digital model, the terrain resulting from Italian and Austro-Hungarian wartime aerial photographs. Moreover, the simulator allows visitors to see from above both the landscape of 1915-18 and the one of today, perceiving its historical values and transformations, and seeing at a glance the deep changes underwent in a century.

A section was also created and dedicated to the “Baldini Collection”, a valuable collection of illustrated postcards from the Great War.

The Museum, completely renovated, was reopened to the public on the 23rd of May 2015. 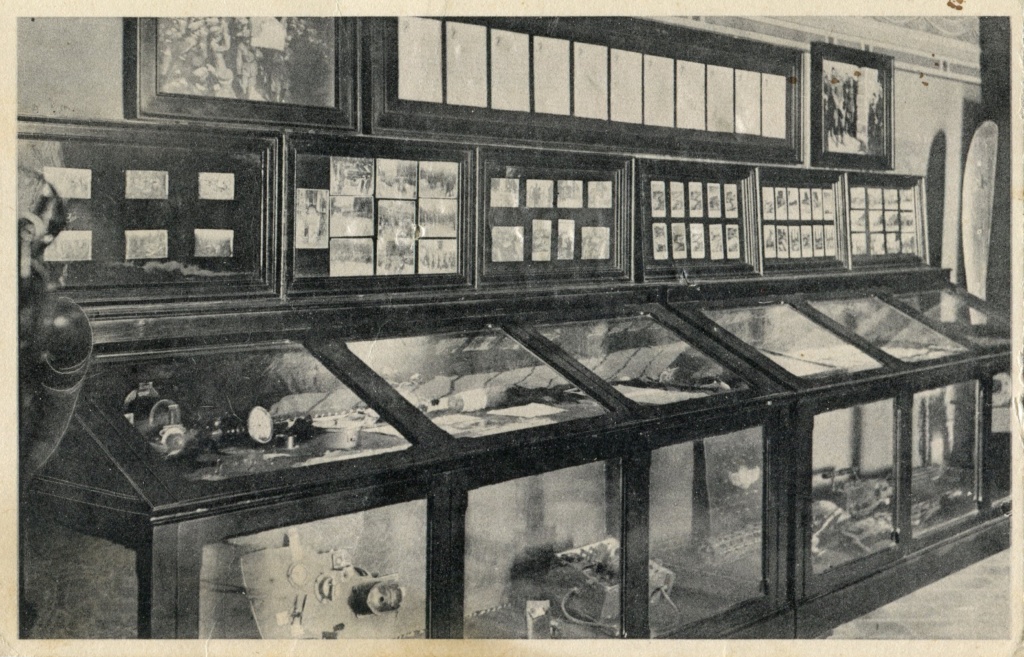 Two years after its establishment, the Baracca Museum was inaugurated in a room of the Rocca Estense in Lugo 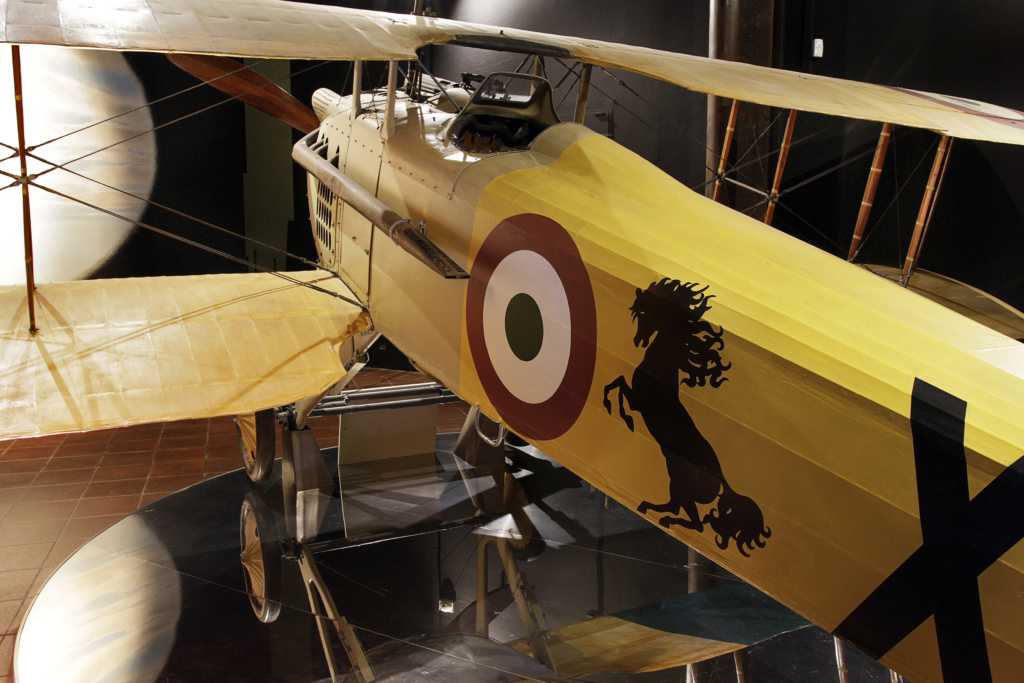 The museum is moved to the birthplace of the Ace, fulfilling the will of his father Enrico 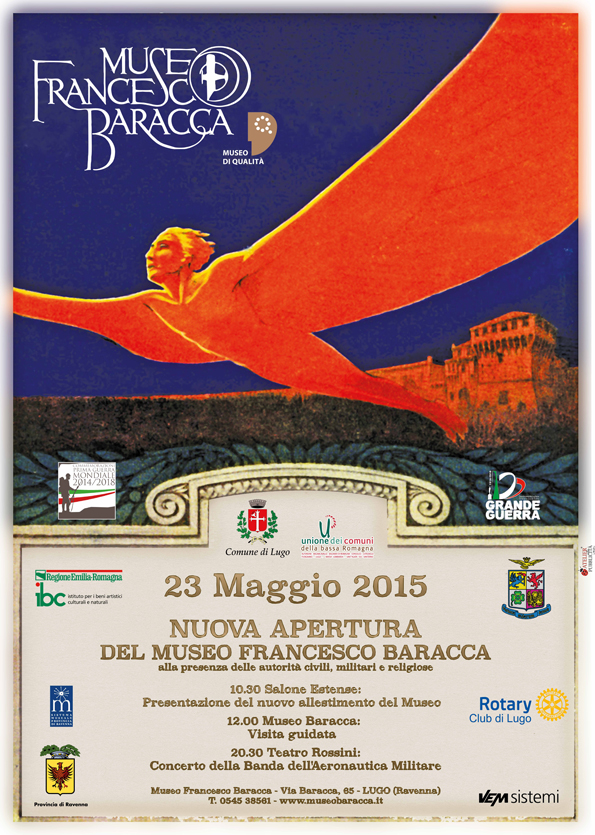 Following the renovation and anti-seismic consolidation works, the museum reopened to the public on 23rd May 2015

Not only the outstanding quality of the collection, but also our high level of activity in the areas of research, exhibitions and education guarantee the Ozeum prominent position in the international museum landscape. 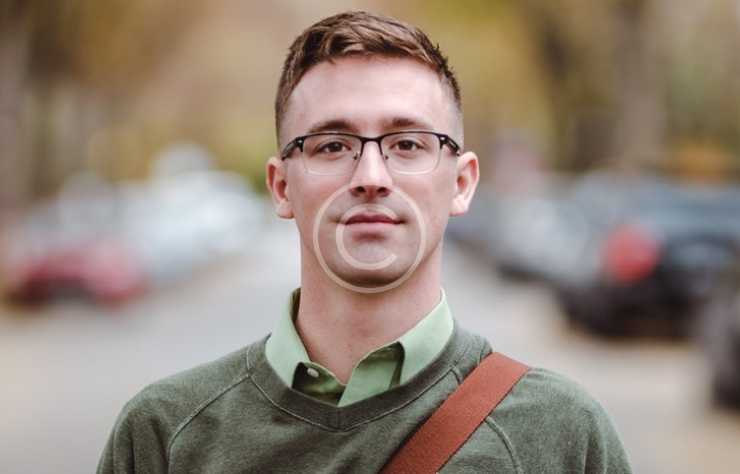 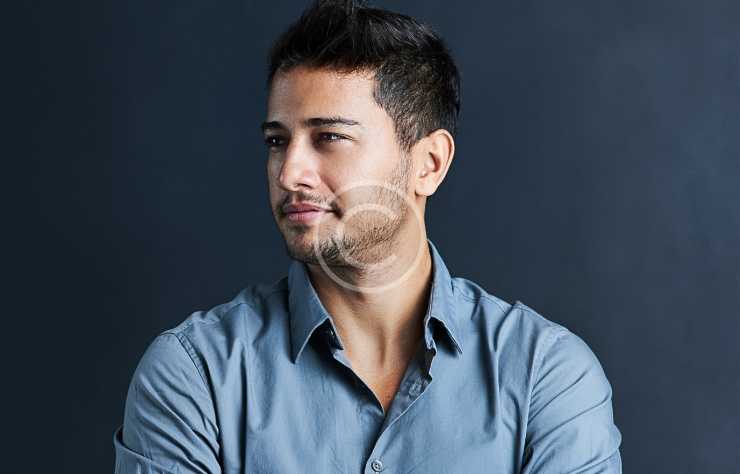 Art Critic
Manage Cookie Consent
To provide the best experiences, we use technologies such as cookies to store and / or access device information. Consent to these technologies will allow us to process data such as browsing behavior or unique IDs on this site. Not consenting or withdrawing consent may adversely affect some features and functions.
Manage options Manage services Manage vendors Read more about these purposes
View preferences
{title} {title} {title}